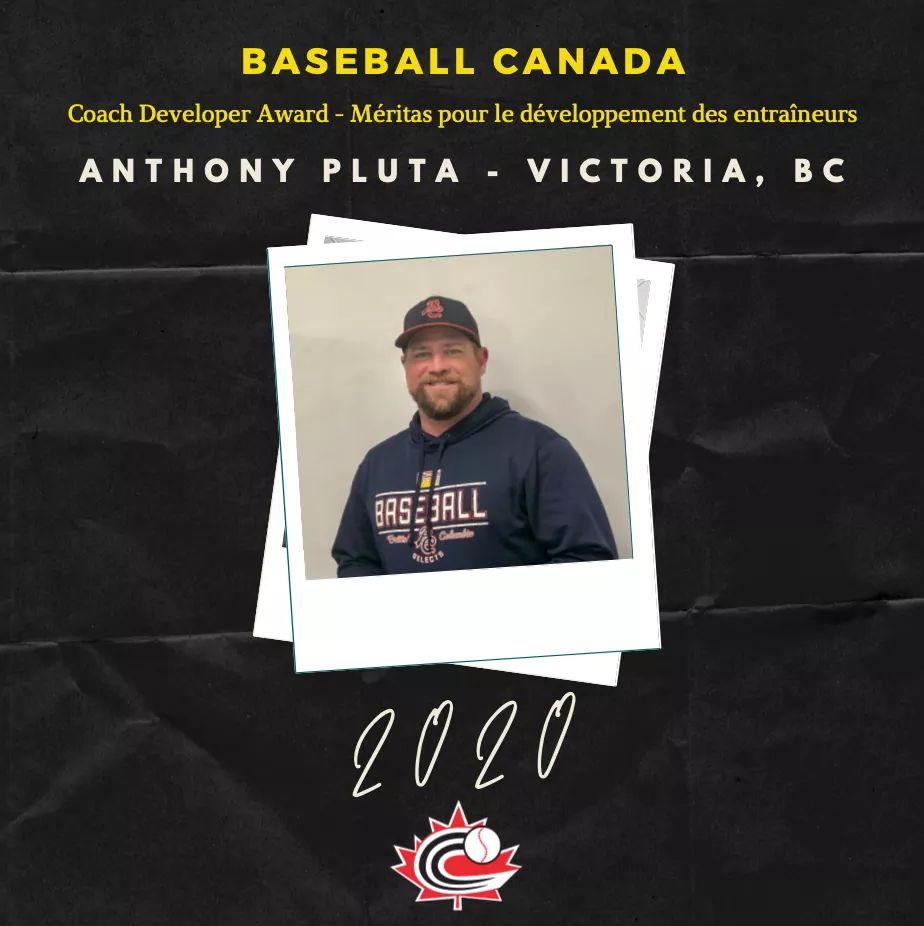 The Baseball Canada Coach Developer Award is handed out annually to an individual who has demonstrated commitment and excellency in the delivery of NCCP coach education to baseball coaches in their residing province.

Born in California before being drafted by the Houston Astros out of Las Vegas High School in 2001, Anthony Pluta spent 11 seasons in professional baseball before settling in Victoria, BC where his impact on coaching is being felt throughout the province.

Anthony has led all things NCCP in BC since 2018 and has built up a tremendous stable of Coach Developers who are leading the coach training initiatives across the province. Coach Pluta has also recently completed his Masters of Coaching in BC as he continues to build his skill set for BC's next wave of coaches and coach developers.

Another exciting initiative that Anthony is working on is a Coach Developer Retreat that will assist Baseball BC in building out a bigger coaching roster and helping those already in place with ongoing development.

His impact on athletes and fellow coaches is already being felt on the national level as Coach Pluta is a current member of the Women’s National Team coaching staff.

An asset for coaches and coach development in BC, Anthony’s efforts have had a big impact in a short time frame with more to come in future years!