In Honour of Baseball BC Legend Amada Asay 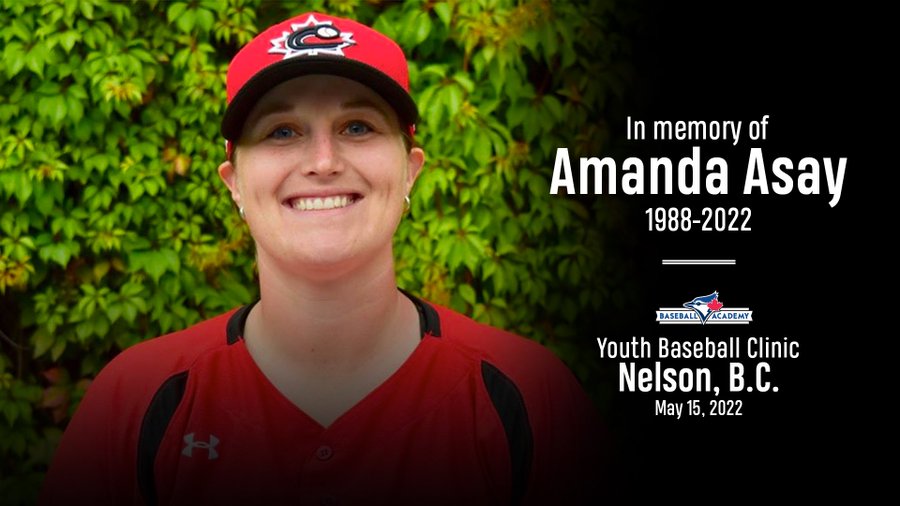 The Toronto Blue Jays will host a clinic for youth players in Nelson to honour former Team BC & National Team player Amanda Asay, who passed in a ski accident in January.

The Blue Jays Academy and Nelson Baseball Association will put on the event May 15.

Nelson Baseball president J. Stewart said the clinic will be focused on players who Amanda coached in Nelson as well as girls who have never played the game before.

Stewart says he expects Baseball BC & National Team players, and Provincial, National, & Blue Jays coaches to attend. The hope is to include 75-to-100 kids.