Inside Performance is once again partnering up with BC’s top professional and National baseball players for the 2013 Series of Christmas Camps.

The 2014 BC Minor Coaches conference will be Held at the Langley Event Center Feb 21,22, And 23 2014. As well as offering NCCP Regional Modules the conference will include a great line up of instructors including, Pete Caliendo, Jim Murphy, Jim Jones, Perry Husband, Joe Newton, Chris Johnson, Matt Holtzmann, Jeremy Trach and more. This Year Island and Interior coaches can leave the cars at home as BC Minor will be making a bus available from the Interior, leaving Friday afternoon at 1pm. For Island coaches a shuttle service will be available to pick up the coaches at the ferry. The conference is expecting 200 coaches to attend this year.

Note changes to Location in document below.  Now at Whalley Stadium Indoor Facilities.

The Executive Management Committee (EMC) of the Premier Baseball Association is pleased to announce the recipients of the 2013 BCPBL scholarships.

The Cavalry won the right to complete at the Asia Series by winning the Australian Baseball League and flew to Taiwan as serious underdogs.  Timely hitting, and good pitching led the Cavalry to come from behind in the championship game to win 14-4 to win the title.

Crouse did his part finishing 2-5 with a run scored in the championship game.

Down 4-2 in the bottom of the fourth, Crouse led off with a single then went from first to third after a single by Michael Wells.  He scored on the next at bat on a double play, cutting the lead to 4-3.

Crouse is currently a Toronto Blue Jays minor leaguer and will complete with the Cavalry in Australia until he’s require to report to Dunedin for Jays Spring Training.
Crouse represented Canada at the 2008 IBAF 18U World Cup in Edmonton – the same year the Jays took him in the 16th round of the MLB Draft.

In 2011, the then 20 year-old wore the red and white with the Senior National Team as Canada captured the bronze medal at the IBAF World Cup in Panama before winning the gold medal at the Pan Am Games in Mexico.

Free Athletic Scholarship Information sessions will be offered in the coming weeks and invites you to join him for an enjoyable, informative and inspiring experience! 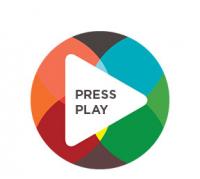 Celebrate RBC Sports Day in Canada with the BC sport sector

Baseball BC’s female baseball program is looking for motivated off field General Managers and on field coaches who are inspirational mentors, technical specialists, and have the ability to develop players and people in a fun female environment.

The BCPBL and UBC Baseball program are proud to announce Coquitlam Reds Outfielder Max Hollingworth as the 2013 recipient of the BCPBL Academic/Athletic Excellence Award.