Five-time defending world champions Japan -- winners of the recent LG Presents WBSC Women's Baseball World Cup 2016 in Gijang, Republic of Korea -- have extended the nation's lead from 400 points to 677 points over the second-ranked country due to an unprecedented win-streak of 21 games in World Cup competition. Japan is also ranked No. 1 in both the Men's Baseball and Women's Softball world rankings.

Canada jumped two spots to No. 2 in the world.  The move represents a historical high in the rankings for the Women's Baseball World Cup 2016 silver medallists.

The United States dropped to No. 3 in the world, following a 7th Place finish at the world championship in Gijang, which represented the first time in history that the U.S. Women's National Team did not earn a medal in the women's pinnacle event.

After capturing the bronze medal of the Women's Baseball World Cup 2016, No. 5 Venezuela has moved within striking range of overtaking the U.S. and No. 4 Australia, coming within 124 points of Australia and 247 points of USA.

Chinese Taipei, following the nation's best-ever/4th Place World Cup finish in Gijang, like Venezuela, has significantly narrowed the gap between the No. 3 and No. 6 nations in the world, with only 26 points separating Venezuela and Chinese Taipei.

Korea made the biggest jump forward in women's baseball, advancing four positions to a historical high of No. 7 in the world, following a record 6th Place finish in Gijang for the nation.

Newcomers India and Pakistan debut in the rankings at No. 11 and No. 12 in the world.

The online version and methodology of the WBSC World Rankings can be found at www.wbsc.org/rankings. 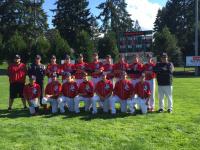 Baseball BC's Futures Selects go undefeated winning the Can-Am Tournament in Lacey, WA this past weekend.  It took a walk off sac fly in the 10th inning of the finals to grab victory.  Great team work & fantastic job boys; nevertheless, thanks coaches & parents for a super weekend of baseball. The Future is bright...!!! 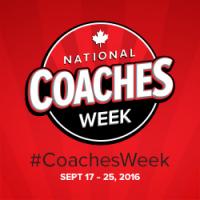 Baseball BC is looking to celebrate Coaches Week by nominating two coaches to attend the 2016 Petro-Canada Sport Leadership sportif Conference - Investors Group Community Coaches Day
This is a full day event designed to engage community coaches from the host province of B.C. at the Petro-Canada Sport Leadership sportif conference in Richmond. The 2 coaches selected will participate in a free full day of networking, education, inspiration, professional development, and NCCP coach training sponsored by the Investors Group (travel and accommodations not included).
Each selected coach will attend the final day (Saturday, Nov. 5, 2016) of the 2016 Petro-Canada Sport Leadership sportif conference with the rest of the conference delegates, which includes two networking meals (breakfast and lunch) and four plenary speaker sessions. They will also receive a special Investors Group delegate bag filled with coaching swag and after the conference ends, the selected coaches will attend a plenary session specifically for the community coaches and one of four pre-selected NCCP multi-sport workshops.
As the PSO/DSO, we will nominate two deserving community coaches who would benefit from this opportunity. Coaches are not required to be in your NCCP Community-stream pathway (ie Comp Intro is fine), but should not be high performance/Comp-Dev coaches or staff members at your organization.

When: October 1st and 2nd 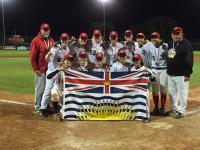 Whether you are playing sports to compete, achieve your personal best, derive health benefits or have fun, there are many ways to be involved in sport in your community.